Infralobo on the ground to recover burned area 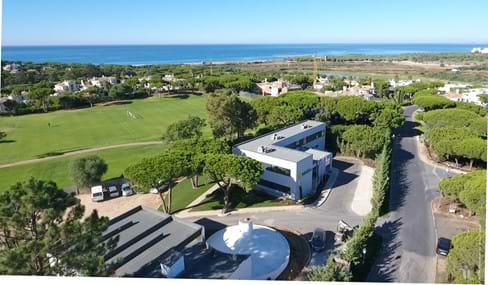 Infralobo on the ground to recover burned area

The effort of Infralobo employees and the security team, "did a worthy job and our customers recognize that. In the field, they identified small fires and possible threats and immediately communicated to Civil Protection, for a faster response. On that day, they did their best to meet the requests of our customers, either by phone or in person, informing people that the fire was not in their direction, reassuring them not to leave the house in panic. , some of our employees couldn't stand the pressure and were crying to see that the green they were used to, turned to ashes".

In addition to the homeowners, who were supported in the defense of their heritage, the municipal company team was, together with the GNR and the various villages, coordinating traffic to provide safe alternatives for movement, outside the fire perimeter.

Infralobo's headquarters was also surrounded by flames. It was necessary to relocate all the company's vehicles and equipment, however, there was no material damage to be recorded.

On public roads, the official said that there are no major damages, only the recovery of information boards and traffic signs, "we are on the ground to recover an area that is well cared for as quickly as possible. of Civil Protection, we are also identifying areas that have trees and that could put heritage at risk; few were detected", he underlined.

In terms of material damage to houses, there are some gardens that were damaged.

The Chairman of the Board of Directors of Infralobo, underlined that this issue of fires and the significant increase in temperatures is a sign that climate change is already being felt in a very present way: "it is essential that society understands, that we have to to take faster steps in climate change mitigation policies and in this matter of fires, it is important that entities such as Infralobo and others with responsibilities in the management of the territory, are prepared with contingency plans that determine how to act in the event of fire, namely in the traffic coordination under the responsibility of the GNR, or in a first fire attack before the arrival of the firefighters'.

For the official, the fire represents, "a black page in a book that has colored pages", guaranteeing that the future "will be as smiling as it was in the past", endowing this space with quality as it always had.

This website uses cookies to provide you with the best browsing experience. By clicking on “Accept all”, you will allow all cookies to be used. However, you can visit "Cookie Settings" to configure your consent in a controlled manner.

Any cookies that may not be particularly necessary for the website to function and are used specifically to collect personal data from the user through analytics, advertisements and other embedded content are called optional cookies. It is mandatory to obtain the user's consent before executing these cookies.